While we shore up the details of our (hopeful) location, here's a short essay written for Fullsteam by Dr. David Frauenfelder. David muses on a wide range of topics -- including comparative mythology, storytelling, food, theology, and education -- at his blog, Breakfast with Pandora. 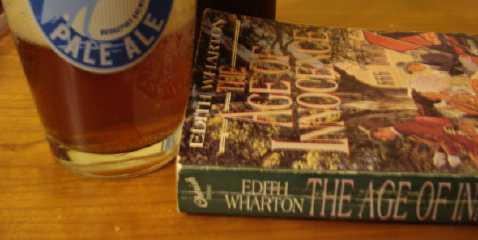 About 1996 there was this movie. You may remember it. Independence Day.

Some aliens in 15-mile wide flying frisbees came and blew away all our communications systems, not to mention most of civilization.

The US government was crippled. They could not speak with the rest of the world, even though they knew, because of the genius of Jeff Goldblum and his almighty computer virus, how to blow up the aliens.

So the Air Force radio guys pulled a set of shiny telegraphs out of their dress caps and began tapping.

Miraculously, everyone everywhere in the world began receiving the messages.

Several hundred feet of film later, the aliens were defeated.

All of which might be interpreted as the subconscious anxiety of a nation on the cusp of the Internet age, not really on board with this always-on, instaneous, total communication thing that was just beginning to lumber around in its monstrous digital alien-ness. Will it destroy the world as we know it? Will it take over and suck all our time and resources? Will it destroy journalism and books? Will we never again sit down in a real tavern and sing a drinking song together, only do it virtually in Second Life?

Okay. I may be overanalyzing just a tad.

Let's take it a step farther. Let's say that not only the Internet was gone, but also most electricity. Say that we didn't plan well, and we don't have the alternative energy infrastructure to keep the world Facebooking and Twittering 24/7/365 as we do now, plus with energy left over for hot showers and microwave ovens.

Let's say we're back to the electricity level of Edith Wharon's brilliant novel The Age of Innocence, another document from a time of transition.

The Age of Innocence is set in the high society of New York City, mostly in the1870s, when the Industrial Revolution was gaining steam and electricity was available only for telegraphs, the original instant messenger.

In order to cope with that lower level of technology, we'd need to have set up something in advance: a radical backup system.

We would need, in fact, a Radical Backup Society, a group of people who could step in and keep civilization going while everyone recovered from the shock of losing ESPN.com fantasy sports.

We'd have to have some folks who knew from Edith Wharton's New York.

According to Miss Wharton, New York at that time was a pretty small place. Very few people were building north of 42nd Street. The high society of Wharton's novel was about as large as a large Facebook group.

The city? About as populous as the Triangle.

These folks communicated their intrigues through messenger boy, traveled by foot, horse-drawn carriage, steam train and boat, and spent a lot of time visiting with each other and attending opera performances.

Community was everything. There was no such thing as privacy, unless you had friends who wouldn't tell on you.

The city got its newspapers and books off of the letter press. The manual typewriter was just coming into their own.

In order for the RBS to succeed, we'd need to have a living knowledge set-- an oral tradition of people who know how to, among other things,

Not that Miss Wharton's champagne and caviar set would have noticed, but the lack of refrigeration for long-distance travel made national brands of beer impossible to market.

So it was all about the local product.

And that local product might be number one on the list, fer it's going to get us up into a mighty thirst trying to put civilization back together again in a different way.

There is good precedent for good local beer. New York in the 19th century was a hotbed of beer entrepreneurship, and among its membership was counted one Jacob Ruppert, a son of immigrants from Bavaria.

According to Vince Capano of beernexus.com,

Jake's sales rose steadily every year due not only to his beer's high quality but also to his unparalleled salesmanship. He saw the value of social contracts and joined every German organization he could find. He was especially fond of joining singing societies. He didn't have much of a voice but he had great pitch, sales pitch that is. Besides, he concluded, singing always brought on large thirst.

The singing societies of New York City were the middle-class equivalent of Wharton's opera. They were founded by German immigrants seeking to keep their culture alive, and they sang the classical choral music of Beethoven and other German composers.

The societies were communitarian, with regular rehearsals, performances, and competition, as well as, so reports the New York Times (3/17/1895), annual Masked Balls. The societies became so popular that by 1884 they were performing to audiences of ten thousand.

A lot of beer must have been consumed.

All of which is not to say that I'm pining to go back to those golden, foamy days. There are a lot of things to recommend our present technology-rich society, including the chance to write guest essays for cool websites.

But just because we have the possibility to be a virtual community, doesn't mean we exclusively have to be one.

I want to be in the tavern singing drinking songs and have the chance to blog about it the next day.

I want to listen to an evening of poetry and storytelling and take a hot shower the next morning.

And yes, I'd love to sit down with a bunch of like-minded friends at a corner booth, drink a companionable brew, and discuss in detail this hypothetical Backup Society-- getting to know the extraordinary people who have backup knowledge and skills-- while charting our progress towards a sustainable, technology-rich world.

See you at the tavern.