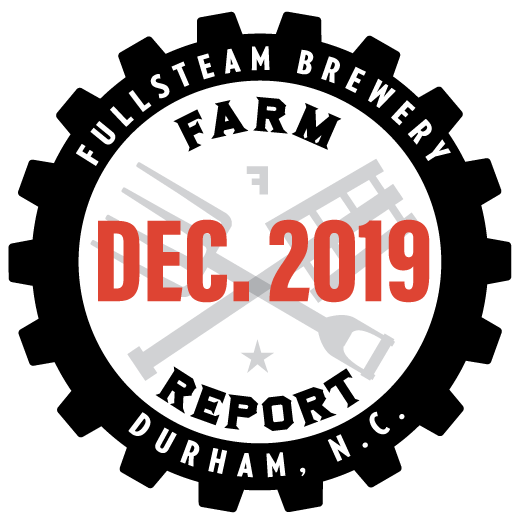 Though we didn't make more beer in 2019 than in 2018, we increased our total volume (weight of materials) of Southern-farmed goods by 22%. And we increased our spending on local ingredients by 12%.

That's 62 tons and nearly $125,000 of local, Southern ingredients...more than we spent on Southern-farmed inputs in our first five years in business.

GRAIN LEADS THE WAY
These days, Fullsteam drinkers generally want more of two things: consistent access to our core, year-round beers (Paycheck, Humidity, and Rocket Science) and more hazy IPAs. We're seeing less movement of esoteric beers with unusual adjuncts (persimmons, paw paw) unless they're folded into popular styles like IPA. Didn't see your favorite locally-sourced beer? Wondering where the Farm's Edge beers are? It's because we're at capacity, working hard to keep up with beers that we have to keep in-stock...and that we know people want.

Candidly, capacity constraints -- and the lack of a small pilot system -- make it hard for us to brew passion project beers that we love, but we know will move more slowly. We're hopeful we can access or afford a small R&D system so we can diversify our commitment to local.

The result is that grain represents an astounding 88% of our Southern-sourced ingredients. Value-added adjuncts (coffee, cocoa) account for 4%, fruit and herbs 3%, foraged ingredients 2%, and sweet potatoes 2%.

THE FUTURE: DIVERSIFICATION?
We have more access to many local ingredients than we have demand or need. At least in beer. Once we address our brewing capacity constraints, we'll turn our attention to other ways we can continue to purchase and use awesome ingredients like chestnuts, persimmons, and seasonal fruits.

"IF IT WERE JUST US"
Fullsteam is not the only Southern (or North Carolina) brewery committed to local. We present these investments in local to be accountable, transparent, and to encourage all breweries to consider local purchases.

I've often said that our passion is to pioneer a Southern Beer Economy, and economy means it's a collective of businesses with a common pursuit. If it were just Fullsteam chasing down local ingredients, it'd be a Southern Beer Business.

We make no claims of size or scope. We're proud of the chance that we took on local, from Batch 1 in July 2010 (Southern Basil, brewed with N.C. wheat and local basil) to the South's first foraged beer (First Frost, brewed with wild persimmons). Both of these beers won Good Food Awards, with that first-ever beer of ours winning just this past year.

We're thrilled others have joined us in this passion for local. Together, we can truly realize this vision of a Southern Beer Economy in a post-tobacco North Carolina.

Every year since 2011, Fullsteam has increased its spending on local 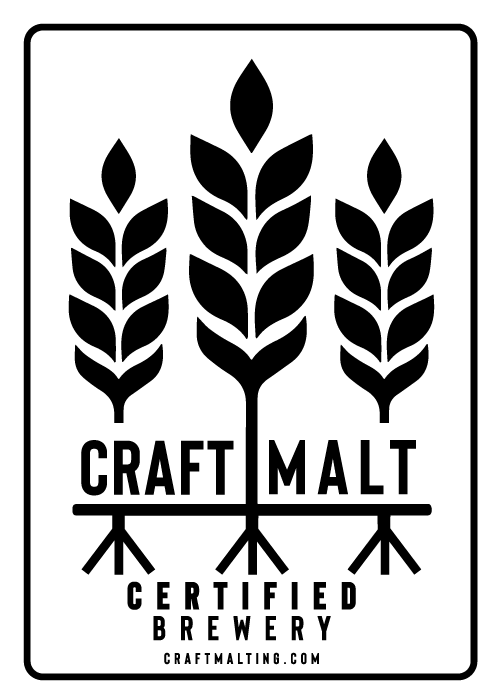